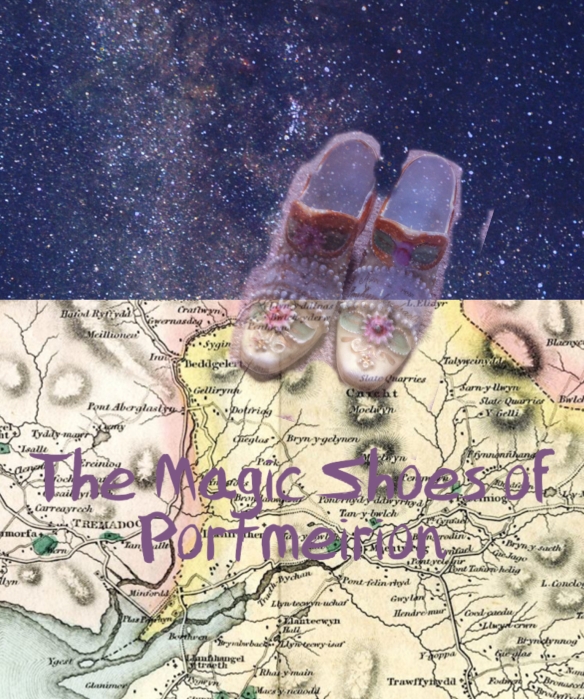 Reading by John Johnston
Between Traeth Mawr and Traeth Bach near the estuary of the River Dwyryd, lies the village of Portmeirion in the Welsh county of Gwynedd. Portmerion sits quietly beneath Snowdonia’s majestic peaks in the community of Penrhyndeudraeth . Castell Deudraeth, Castell Gwain Goch and Castell Aber are in the woods just outside the village. This is the story of the magic shoes of Portmeirion, a famous Welsh tale of woe.

Once there lived a beautiful young prisoner in the old Castell Deudraeth in Portmeirion. She had been very rich and proud until one day misfortune befell her. She lost all her possessions in a clash of the clans in this Welsh territory. However, she was able to save one pair of bejeweled shoes, and these she kept secretly in a small bag hidden under the stone bed in her prisoner’s cell. 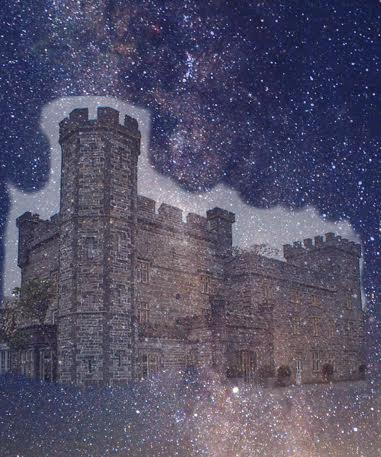 These magic shoes gave the beautiful young prisoner the ability to visit the future and the past when she wore them. Her grandmother had given these shoes to her as an inheritance, and she was instructed by her kind grandmother to take the greatest care of them. She was able to transport herself out of her wretched prison when she put them on; however, she always found herself back in the dark cell after visiting the future or the past. The young prisoner was able to keep the magic shoes hidden from the constant gaze of the cruel guards. When she went to sleep at night, she would sing her grandmother’s favorite song about the misty hills of Penrhyndeudraeth.
Listen to the song.

…to be continued (story and art by @janweb3)