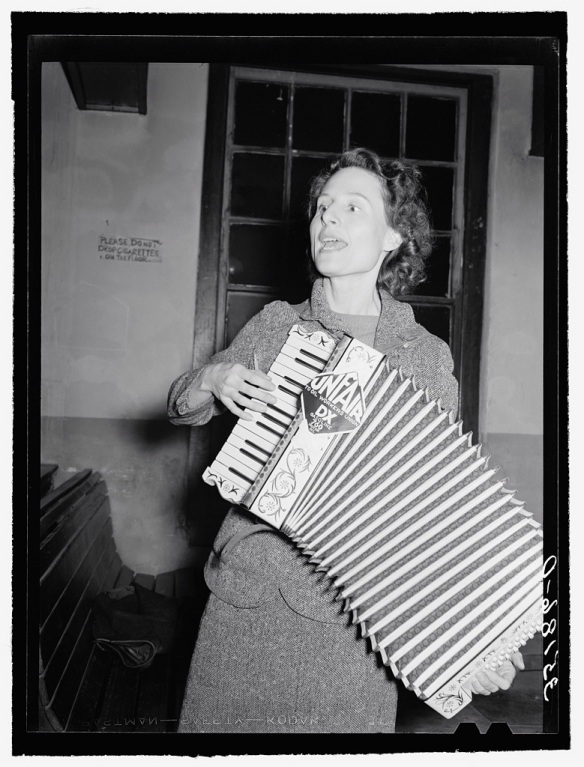 aunty Henriëtta (Dutch Bergen branche of the Bergeron family) playing the accordion [ Click the photo to listen to Henrietta and Friends playing “Putting Up The Beans” Dutch Trad. ]

Aunty Henriëtta was a member of the old Dutch branche of the Burgeron family. In the Netherlands they called themselves by the last name of Bergen. It’s not quite clear how aunty Henriëtta was related to aunty Cornelia.

Aunty Henriëtta was an excellent accordion player. She used to play at family meetings and at weddings and other public events.
Some old recording of her playing, accompanied by some friends from her village have been recovered from assets in the old Bergen house. The recordings were done with old wax cylinder roles.

Through modern technology it’s now possible to share a piece of music (digitally improved) of aunty Henriëtta and Friends with the world.